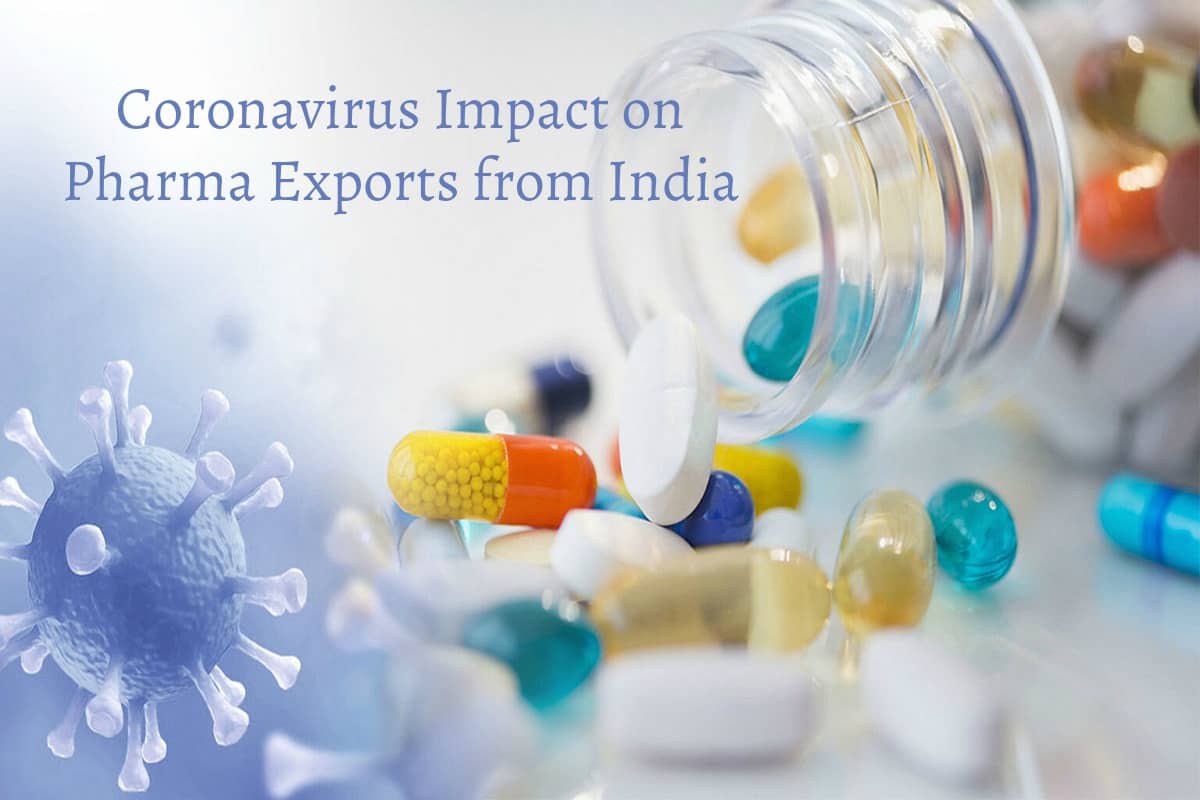 India is among the leading countries in pharma production volumes for generic drug manufacturing. Producing more than 40% of generics globally, the country is often referred to as ‘Pharmacy of the World.’ Indian pharma industry is also a source of vaccines for over 50% of the total global demand.

However, the outspread of COVID-19 badly altered the scenario of Indian pharmaceutical sector. To produce generics, high dependency on API imports from China was one of the contributing limitations for the country. Sudden lockdown hampered the supply chain to and from China, affecting the medicine manufacturer in India to source essential drug components. In addition to that, the growing tension between the countries made it harder to mitigate COVID-19 cases in India.

Exports from India were impacted to some limit, dropping the estimated export to $20 billion. Despite there is a 9.5% growth in drug formulations & biologicals, the second largest category of bulk export of drugs & intermediates declined by -0.73%, making the country’s overall performance fall.

After lockdown, buying pharmaceutical products from India was limited as physician consultations were shut and elective surgeries were delayed. While the Indian Pharmaceutical Market soared at 8.9% in March 2020 due to panic buying of chronic medicines, it weakened by 11% in April & 9% in May.

On the contrary, the global surging threat of coronavirus accelerated the dependency on the country’s pharma sector. Within a few months, drug manufacturers in India increased the trials & production of drugs that is helpful in treating COVID-19 cases. After receiving approval to manufacture & supply repurposed drugs after trials, to control the pandemic, US based Gilead Sciences made an agreement with 6 Indian Pharma Companies to produce & distribute Remdesivir in 127 countries. Similarly, the rocketing global demand of Hydroxychloroquine (HCQ) ramped up its production rate in the country. As per the recent assessment results, the country has the capacity to manufacture upto 40 tonnes of HCQ, i.e. 70% of the total supply across the world.

Furthermore, the current competition to develop a vaccine will resurface the priority on preventive health rather than curative health. And, with 70% of WHO vaccine requirements are sourced from India its demand will account for increment in overall global supplies.

As a result, India is believed to regear its pharmaceutical export rate exponentially in the coming months.

Ciron is reputed WHO GMP and ISO 9001:2008 Company manufacturing pharmaceutical formulations in form of injectables, eye drops, tablets, capsules, liquid orals, dry syrups, etc. We are based in Mumbai & have plants at Tarapur and Palghar.