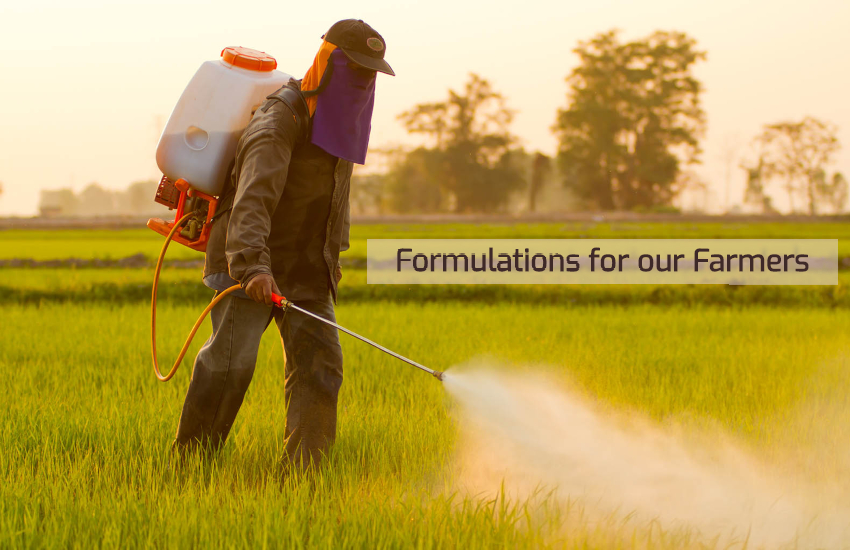 Jai Kisaan! Formulations for our Farmers

Indian farmers usually do not wear any protective gear while spraying chemicals in fields. This exposes them to harmful toxins contained in pesticides, causing severe health impacts and even death in extreme cases. Indian scientists have now developed a protective gel to address this problem.

The gel can be applied on skin and can break down toxic chemicals in pesticides, insecticides and fungicides including the most hazardous and widely used organo phosphorous compounds. The gel deactivates these chemicals, preventing them from going deep into the skin and organs like the brain and the lungs. It has been found to be effective in tests done in rats and researchers hope to soon test it in humans.

Exposure to chemicals contained in pesticides interferes with an enzyme called acetylcholinesterase (AChE) which is present in the nervous system and is critical for neuromuscular functions. When its functioning is disrupted by chemical pesticides entering the body through the skin, it can cause neurotoxicity, cognitive dysfunction and even death in severe cases. When the gel was applied on rats and they were exposed to a lethal dose of pesticide MPT, it did not lead to any change in their AChE level, showing it could prevent penetration of the pesticide into the skin.

The gel, named poly-Oxime, has been prepared by researchers at the Institute for Stem Cell Science and Regenerative Medicine (InStem), Bengaluru from a nucleophilic polymer. In lab studies, rats treated with poly-Oxime gel survived pesticide treatment, whereas rats with no gel or sham gel showed symptoms of poisoning or died. The results of the study were reported in journal Science Advances on Thursday.

Ciron is reputed WHO GMP and ISO 9001:2008 Company manufacturing pharmaceutical formulations in form of injectables, eye drops, tablets, capsules, liquid orals, dry syrups, etc. We are based in Mumbai & have plants at Tarapur and Palghar.